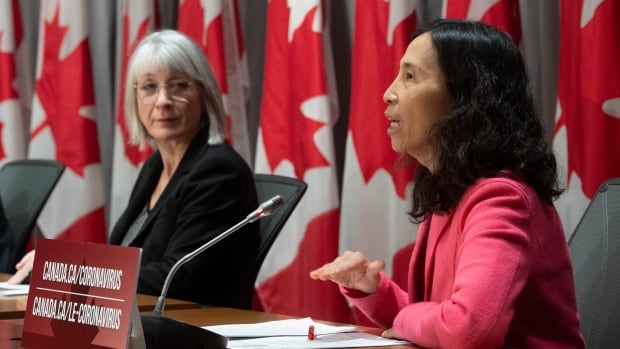 Canada is at a “crossroads” in its pandemic battle and the actions of individual Canadians will decide whether there’s a massive spike in COVID-19 cases coming, according to the latest projections from the Public Health Agency of Canada (PHAC).

Federal health officials presented new modelling today that shows the epidemic is accelerating nationally. They warned that if Canadians don’t step up preventative measures, the virus could spread out of control and trigger a wave of infections bigger than the first one.

“With minimal controls, the virus is capable of surging into a very sharp and intense peak because most Canadians don’t have immunity to the virus,” Chief Public Health Officer Theresa Tam told a news conference in Ottawa today.

Rapid detection of new cases and a swift response to outbreaks are both key to controlling the pandemic, PHAC modelling documents show.

Tam said there has been a significant demographic shift in the caseload since June: instead of the virus disproportionately affecting elderly Canadians, most infections are now being reported in Canadians aged 20 to 39.

Tam and her deputy, Dr. Howard Njoo, are joined by Health Minister Patty Hajdu and Minister of Public Services and Procurement Anita Anand at the news conference.

CBC News is carrying it live.

The last modelling figures were released on Aug. 14. At that time, Canada’s top doctors said they were striving for a best-case scenario but preparing for the worst: a so-called “fall peak” of COVID-19 cases across Canada that would threaten to overwhelm the public health care system.

PHAC officials said they were aiming for a “slow burn” scenario, in which the number of cases remains low enough for the public health care system to keep ahead of the influx of patients.

But officials also were planning for a “reasonable worst-case scenario” — a fall spike in infections followed by ongoing peaks and valleys that put excessive pressure on the health care system.

The recent rise in cases coincides with the flu and cold season, which could put added strain on hospitals and other health resources.

Health care workers have been working on the front lines for months now and are now bracing for a possible spike in hospitalizations, prompting concerns about potential burnout.